Since it first opened its doors at the end of the 19th century, The Ferguson Library has been the heart of the Stamford community, a place of learning and education, a gathering place where people could meet and exchange ideas. Sometimes even a place to come in out of the  cold for a while. As Stamford grew and changed, The Ferguson Library grew along with it. In 1911, The Ferguson became a free public library, embracing the concept that knowledge should be available to all, regardless of ability to pay.

The Ferguson now serves nearly a million visitors each year, and countless others access our online services. But our core values haven’t changed. The commitment to supporting lifelong learning, and providing free and equal access to information is still at the heart of our mission.

About the Library's Name

John Day Ferguson was born in New York City in 1832 and moved with his family to Stamford when he was ten years old. He graduated from Trinity College in 1851, and after studying law privately, began a legal practice in New York City. He eventually came back to Connecticut, and in 1866 was elected to represent Stamford in the state legislature. Ferguson later served three years as a probate judge.

John Day Ferguson was passionate about education, and helped establish and promote the Stamford Public School system. Mr. Ferguson died in 1877 at age 45. In his will, he left a bequest of $10,000 to open a public library in Stamford, an institution he considered vital to public education. Ferguson’s $10,000 bequest was contingent on the citizens of Stamford donating another $25,000. On January 29, 1880, the new library was named The Ferguson Library in honor of its farsighted benefactor, John Day Ferguson. 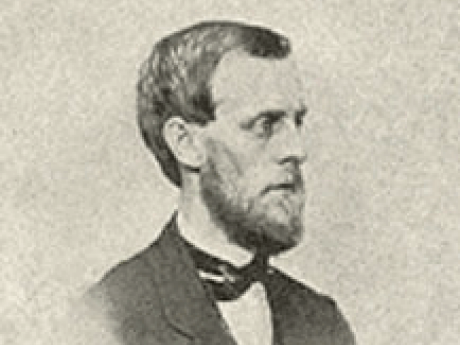