Census Bureau - Comprehensive data from the U.S. Census, providing information on the nation's people and economy including the Decennial Census of Population and Housing and the American Community Survey.

Legal Forms Library - Large selection of downloadable and printable forms for business or personal use. 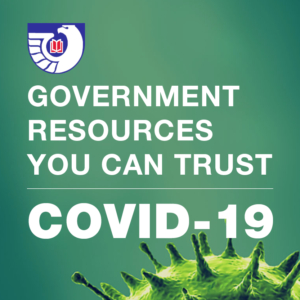 This guide contains a list of government resources about the Coronavirus Pandemic from various health agencies: Center for Disease Control, National Institute of Health, National Library of Medicine, PubMed Central, and other agencies, such as the Department of Defense, USA.gov, the Environmental Protection Agency, the IRS, and more.

Latest information on COVID-19 from the State of Connecticut.

Where I wanted to start off with my comments tonight, is really the coast-to-coast nature of this legislation, the Great American Outdoors Act, because so many people have put in not just a couple of years of work but decades of work on the legislation that we have before us.
The Great American Outdoors Act combines two pieces of legislation: the crown jewel of our conservation programs across the Nation, the Land and Water Conservation Fund, and the Restore Our Parks Act. The Restore Our Parks Act focuses on the catching up with the maintenance backlog in our national park systems.
About 70 percent of the funding, $1.9 billion a year, will go towards our national parks. Additional dollars will go towards the Bureau of Land Management, the Bureau of Land Management now headquartered in the great State of Colorado. A portion will go to the U.S. Forest Service. A portion will go to the U.S. Fish and Wildlife Service, and a portion will go to the Bureau of Indian Education.
The Land and Water Conservation Fund goes towards the efforts to protect some of the greatest spaces in our nation. All 50 States across the country have already benefited from these programs. The Land and Water Conservation Fund isn’t just about the coast. It is not just about the interior. It is about all our States. Half the money goes to the East; half the money goes to the West. It has the privilege and responsibility of stewarding some of America’s most scenic landscapes and cultural treasures.
There are jobs associated with this too. It is estimated that the Great American Outdoors Act will create over 100,000 jobs across the country. As we get back on our feet from the health pandemic, COVID-19 emergency, we have a chance to create new jobs.

The Connecticut Economic Digest is a joint publication of the Connecticut Department of Labor and the Department of Economic and Community Development. Its purpose is to regularly provide users with a comprehensive source for the most current, up-to-date data available on the workforce and economy of the state, within perspectives of the region and nation. A brief monthly summary will constitute the major monthly topic of this newsletter.

According to the most recent data published by the Quarterly Census of Employment and Wages program, the number of jobs in Connecticut decreased by 0.2 percent. Total government employment held steady year-over-year.

Average annual wages for all Connecticut jobs increased by 3.0 percent, to $69,787, nearly double the improvement on the increase in 2018.

For sectors that declined in 2019, retail trade dropped the most. The finance and insurance and wholesale trade sectors continued their declines as well. Government employment experienced almost no change.

2019 was a solid year for wages in general, as all sectors experienced some wage growth, an improvement over prior years. Connecticut continues to maintain comparable annual wages to nearby states in the Northeast, coming third behind only Massachusetts and New York. Average wages in Connecticut are 17.9 percent above the U.S. average, declining slightly from last year’s 18.3% premium.