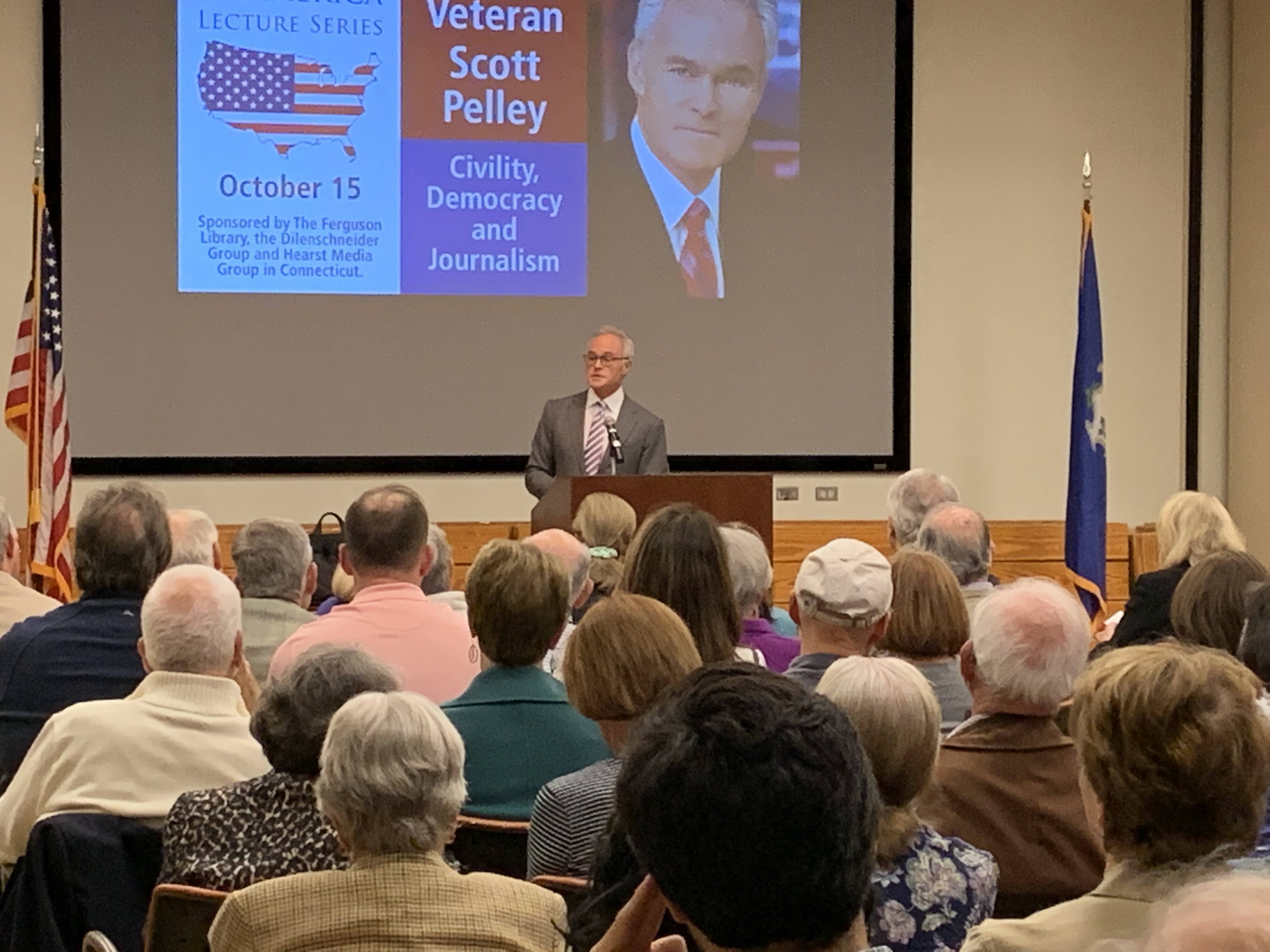 The Civility in America series, sponsored by the Dilenschneider Group, The Ferguson Library, and Hearst Media Services, features some of the nation’s leading thinkers from a wide variety of professions, who provide their perspective on what must be done to restore civility in our country.

Greg Zuckerman, A Shot to Save the World

The Wisdom of Civility
Rick Slager

Coronavirus and other Pandemics and the Impact on Civility
Clive A. Meanwell

Stemming the Tide of Whale Extinction: Why it must be our civil duty
Stephen Coan, President and CEO, Mystic Aquarium

Civility in the Fight Against AIDS
Elliott Millenson

Civility at an American School in a Muslim Country
Jonathan Starr, Founder of the Abaarso School

Civility and the Fate of the West
Bill Emmott, Former Editor-in-Chief, The Economist

Civility and the Spirit of Thanksgiving
Melanie Kirkpatrick, author and journalist

Civility in Music
Mike Love of the Beach Boys

“Civility in the Future of Zoos and Aquariums”
Dr. Stephen Coan, President and CEO, Mystic Aquarium

“Civility in Education”
Joel Klein, former Chancellor of the New York City Department of Education and currently CEO of Amplify and EVP/Office of the Chairman at News Corporation.

“Civility and the Art of Giving Thanks”
Georgette Mosbacher, CEO, Borghese Cosmetics

“Civility in the Media”
Charles Osgood, radio and television commentator