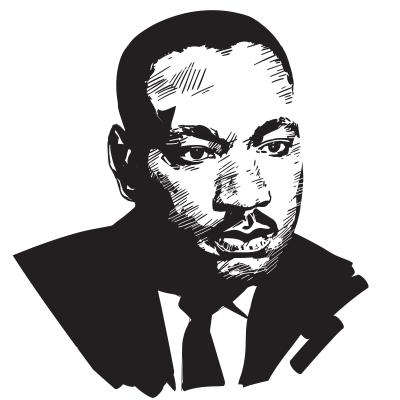 Also on Saturday at 12 p.m., to kick off the screening of the first one-hour episode of the PBS documentary series Making Black America, a four-part series that chronicles the social networks and organizations created by, and for, Black people, the South End Branch of the Ferguson Library will host a Martin Luther King Jr. Craft Activity. All ages are invited to help design a banner to be decorated with famous quotes by Dr. King.

A City-Wide Celebration of Life, hosted by the City of Stamford, will be held Sunday, January 15 at 3 p.m. at UConn Stamford. The two-hour inclusive event will include music, dancing and guest speakers who will share messages of unity. Register here.

On Monday, January 16, a Dr. Martin Luther King Jr. Scholarship & Juneteenth Fundraising Breakfast hosted by the Stamford Community Collective will be held UConn Stamford beginning at 9 a.m. Tickets are from $25 to $55. Tickets can be purchased here.

Two screenings of the one-hour documentary In Remembrance of Martin will be presented January 16 at 10 a.m. and 4 p.m. at the Ferguson Library. This PBS film from 1986 features comments from the late Coretta Scott King, the late Rev. Ralph Abernathy, the late Julian Bond, President Jimmy Carter, the Rev. Jesse Jackson, the late Sen. Edward Kennedy, the late Congressman John Lewis, the late Bishop Desmond Tutu, and politician and activist Andrew Young, who recall Dr. King’s career and trace his leadership in the civil rights movement.

Also on Monday, Bethel AME Church will host its annual MLK Rally and March starting at 10 a.m. A free lunch will be provided at the Yerwood Center following the march.

Closing out the long weekend on Tuesday, January 17 at 11:30 a.m. will be an “I Have a Dream” Family Storytime for children ages 2 to 5 and their caregivers at the Harry Bennett Branch of the Ferguson Library. The readings will explore the teachings of Dr. King. Registration required here.