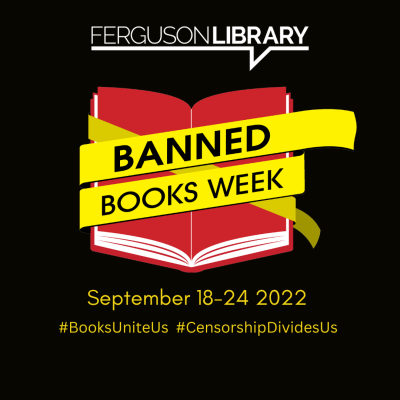 The rising number of challenges to books at public libraries across the country is gravely troubling.

Libraries play a crucial role in our democracy. Our job is to collect material and provide programming that reflects our communities but also represents diverse viewpoints. Intellectual freedom is the cornerstone of a democracy and it is essential that multiple views be represented.

In its State of America’s Libraries Special Report, the American Library Association noted an increase in the number of attempts to ban books at both public, academic, and school libraries. The targeted books were mainly by authors who were Black, Indigenous, or People of Color (BIPOC) or LGBTQ+ or the subject matter reflected those topics. In fact, one Michigan community recently voted to defund the library due to its LGTBQ collection.

This is happening close to home too. Here in Connecticut there have been several cases of censorship at libraries. In February 2022, the Connecticut Library Association recognized this growing problem and published a strong statement against censorship, which said in part, “We oppose the restriction, removal, banning, and censorship of books and other library materials that limit the freedom to read, speak, publish, or obstruct intellectual freedom.”

Challenges facing public libraries have grown in the wake of the Supreme Court decision overturning Roe v. Wade. After Oklahoma passed a restrictive abortion law that mirrored Texas’ abortion ban, the executive director of the Metropolitan Library System in Oklahoma City felt it was necessary to contact legal counsel to understand what front-line librarians could (or could not answer) if someone asked for information on abortion. Their legal counsel determined that librarians could give factual information on scientific research, information about state and national laws and court cases. But this has made the library community profoundly uneasy.

In South Carolina, state lawmakers proposed legislation that would have made it a crime to provide information over the internet or phone about how to obtain an abortion. The bill failed but this type of chilling legislation could have an impact on First Amendment-protected speech and librarians’ ability to provide accurate health-related information in other states too. The American Library Association, in a strongly worded statement, reminded us that library patrons have the right under the U.S. Constitution to… “seek information free from observation or unwanted surveillance by the government or other third parties.”

The Ferguson Library has received complaints about books or programs over the years, including our Drag Storytime. During this program, storytellers, dressed in drag, inspire a love of reading while teaching lessons on diversity, inclusion, tolerance, self-love, and self-expression. It is a wonderful event and public libraries provide an inclusive and safe place for such messaging. Last Saturday as part of MakeFest, we hosted another successful Drag Storytime with our partner, Stamford Pride. Unfortunately, we received numerous ugly complaints, including a few that were threatening.

This is Banned Books Week, where we celebrate books that have been challenged.  What can you do? Thank your librarians and teachers. They are on the front-line defending intellectual freedom—your right to obtain information and read whatever you want. Read a challenged book! We have lists of them and can help you choose. Talk to your local and national politicians. Let them know the importance of intellectual freedom and that you care about this fundamental issue.