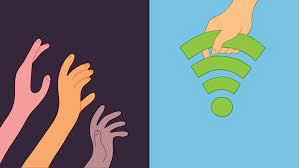 The Ferguson Library has been awarded a $96,400 Connecticut State Library (CSL) grant underwritten by American Rescue Plan Act (ARPA) funds from the Institute of Museum and Library Services (IMLS). The grant will support the creation of the Digital Navigators program, an initiative designed to address existing digital inequity among Stamford constituencies that lack the tools and skills to effectively access resources available through internet.

To that end, Digital Navigators will partner with the City of Stamford, SilverSource, Stamford Interfaith Refugee Settlement, Islamic Cultural Center of New York (Stamford chapter), Stamford Public Education Foundation, and Building One Community to identify clients without adequate connectivity, devices and/or a digital skill set; and set up an infrastructure of long-term instruction that reaches between 80 to 100 people from typically underserved low-income, senior citizen, refugee/immigrant and Spanish-speaking communities.

The Ferguson Library was among four statewide grant recipients, which collectively received $500,000 to pilot a digital navigation project to help close the digital divide.

“Over the years, Ferguson Library staff has helped people to learn basic computer skills. This grant helps us take this a step further. With this program we will be able to go out into the community to teach these skills and leave recipients with equipment so they can be connected to the internet,” said Ferguson Library CEO Alice Knapp.

The CSL, which provides information, archival, public records and museum services to state citizens and employees and officials of all three branches of state government, has been awarded $2,775,000 in ARPA funding by the IMLS.

As a primary source of federal support for the nation’s libraries and museums, the IMLS advances, supports and empowers American museums, libraries and related organizations through grantmaking, research and policy development